Place to visit - Attractions in the Serbia’s capital city

Place to visit - Attractions in the Serbia’s capital city

Belgrade is known as the city that never sleeps. This is a city of remarkable architecture, significant history and nightlife. The city attracts the attention of tourists and celebrities from all around the world because everyone can find something interesting to fulfill their time. Anyone who visits Belgrade has a very positive impression and keeps coming back. Which places are a MUST when it comes to sightseeing?

The 14 meters high monument is placed in the Belgrade Fortress, built to commemorate victims of the Balkan Wars and the First World War. Elevated in 1928 it is one of the most famous works of Ivan Meštrović. It is also one of the most visited tourist attractions in the capital city and the its most recognizable landmark.

The temple is a Serbian Orthodox church. It is one of the largest churches in Eastern Europe and ranks among the largest sacral buildings in the world. The church is dedicated to Saint Sava - the founder of the medieval  Serbian Orthodox Church. Saint Sava’s church looks very impressive because the dome is 70 m high, while the main gold plated cross is 12 m high.

A vintage street named Skadarlija is considered as the main bohemian quarter of Belgrade. Beloved corner of poetry and history, Skadarlija street is famous for its wooden cobbles, lanterns among the trees, the famous houses and taverns. Famous writers, journalists, actors, musicians, painters and other spent here many pleasant evenings and looked for inspiration for their work. Two famous oldest taverns are “Tri šešira“ (“Three hats”) and “Dva jelena” (“Two deer”).

Nikola Tesla was a Serbian scientist. During his lifetime, he produced various patents for inventions that have truly changed the world. The Nikola Tesla Museum in Belgrade was opened to the public in 1955 and it was the first technical museum in Yugoslavia. Impressive collection contains original documents, books, historical and technical exhibits, photographs, instruments, devices, plans and drawings.

The most popular Belgrade nightclubs are located all over the town. In the summer, Belgrade party moves to the rivers. Worldwide DJs and Serbian famous singers can often be seen here spinning the best of R’n’B or house music. Young people here are always in the mood for a fun night out and dance. 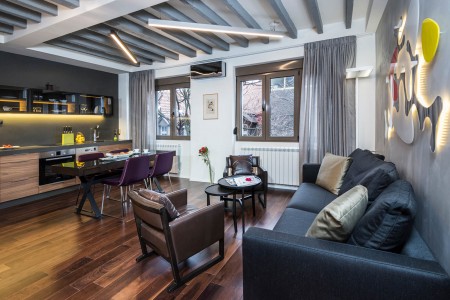